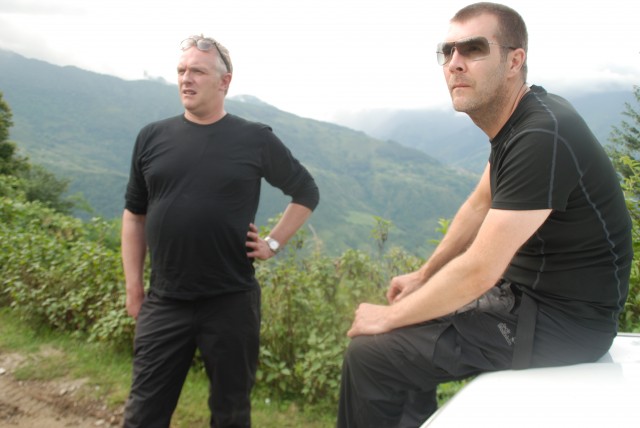 Catch Rhod and Greg Davies on BBC 2 at 9pm on Sunday 11th September in new series World’s Most Dangerous Roads. Join them in a journey fraught with danger as they attempt to drive through the mountainous, landlocked nation of Nepal.

Starting at the chaotic border with India, Rhod and Greg travel across the country’s most important roads, from highways that maintain its cities to freshly-dug dirt tracks that connect to isolated communities.  Besides having one of the world’s highest rates of road traffic accidents, floods and landslides are an everyday occurrence, blocking traffic for days on end and claiming dozens of lives every month.  After days of swerving overloaded buses, dodging trucks and clinging to crumbling mountain roads, disaster strikes within sight of their final destination.