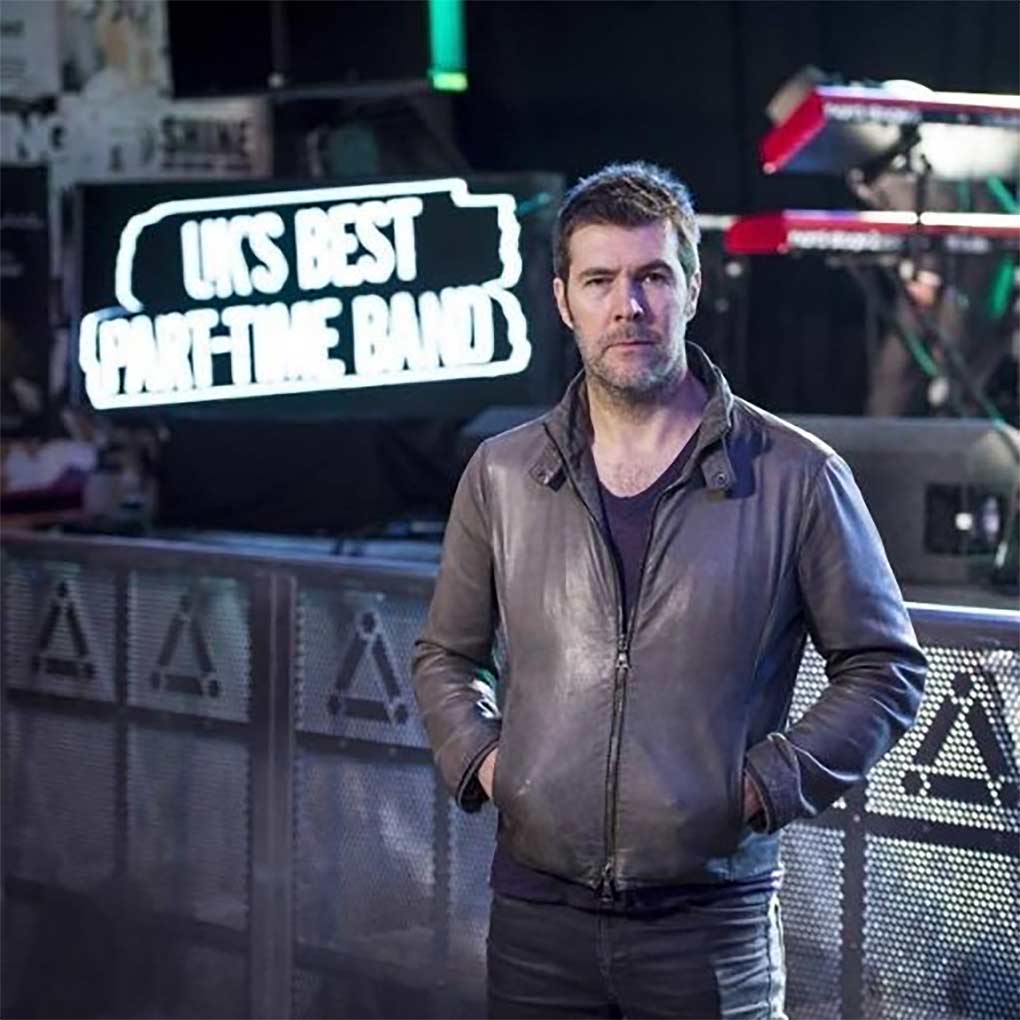 The UK’s Best Part-Time Band is a 4 x 60-minute rock ‘n’ roll documentary fronted by  Rhod which follows him and musical legends as they hunt for Britain’s best group.  It’s a talent show with no prize, no recording contract and no Christmas number one.  Instead it’s about the passion that leads all sorts of ordinary people from barristers to bakers, doctors to driving instructors to spend their spare time playing live music.

Each week, Rhod is joined by a musical star; Ultravox frontman Midge Ure, New Order and Joy Division bassist Peter Hook and Soul II Soul producer Jazzie B as they scour the UK in search of real talent.

The four part series started on 3rd June and airs on BBC Four on Friday nights at 9pm.  The final episode will transmit on BBC Two on Saturday 18th June at 10pm.

“The most purely enjoyable piece of television this week” Observer

“It was brilliant” Sunday Times

“Britain’s Got Talent, with talent” Times