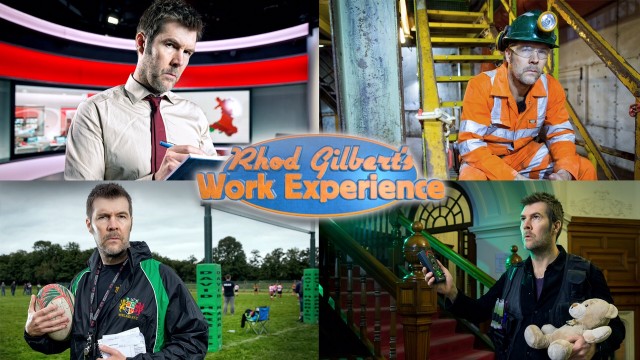 Four brand new episodes will be recorded this summer, and are due to hit TV screens next year.  Over the past six years, Rhod has already tried his hand at 24 different jobs, so the search now begins to find the next experiences to add to Rhod’s eclectic CV.

“Each time I reach the end of a series, I think I never want to try another job again,” says Rhod.  “Each episode means I have to start a new job every week and settle in all over again; it’s exhausting, and I’m shattered but within a few weeks, and after a quick break, the irresistible urge to try some job I’ll be rubbish at, and meet some new boss who will make my life hell kicks in, and before I know it I’m back in the BBC’s metaphorical Job Centre awaiting my next placement.”

Watch this space for news on what Rhod will be tackling next time around.

In the meantime, you can catch the latest series on BBC Two across the UK in July.  First up, it’s Journalist at 10pm on Monday 11th July.