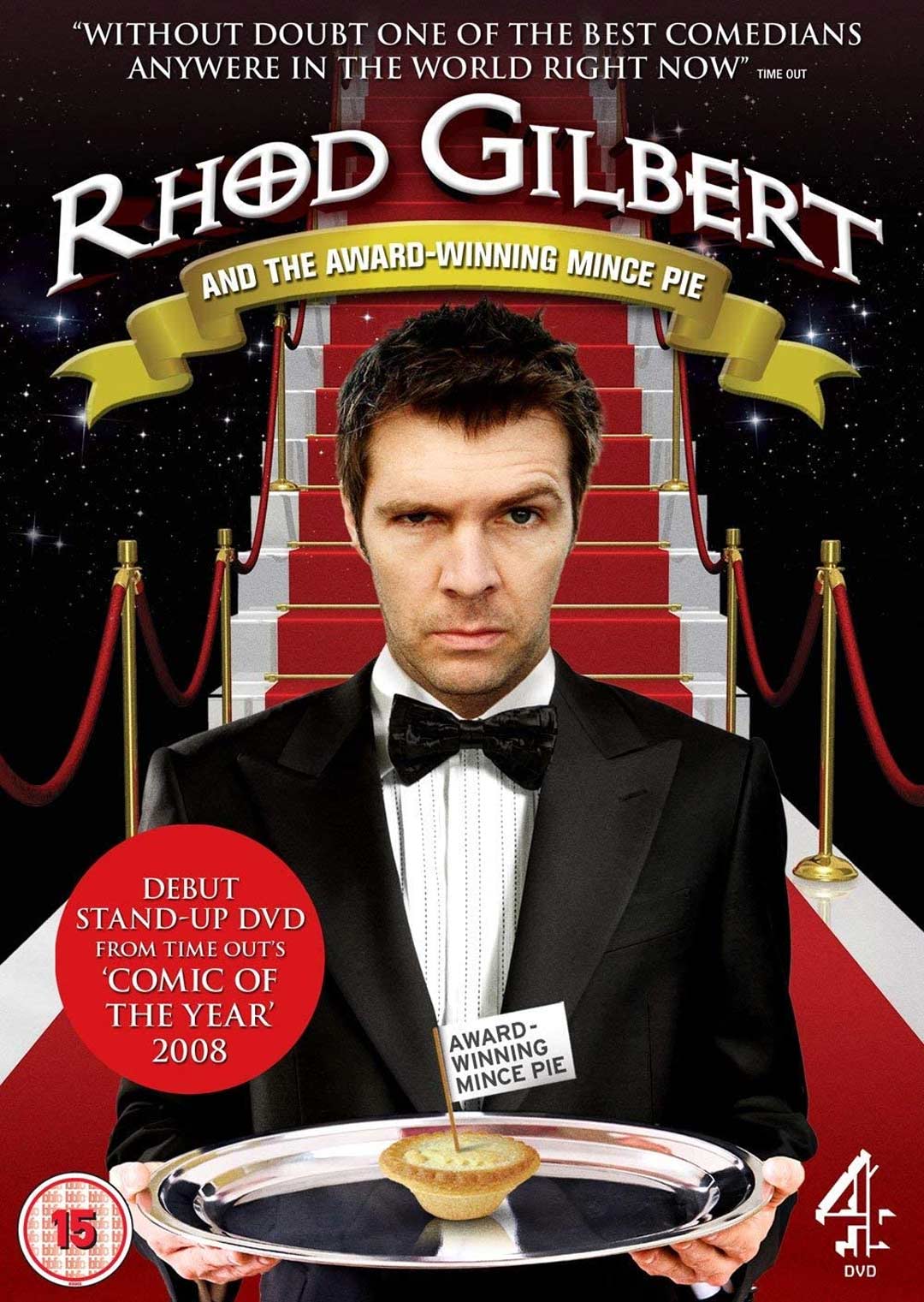 Filmed at the Bloomsbury Theatre, the DVD tells the hilarious and slightly ridiculous story of how a chance encounter with a mince pie at a motorway service station finally sent Rhod over the edge.

The DVD extras include an exclusive Llanbobl feature, plus Rhod’s hilarious ‘luggage rant’, which is one of the hottest stand-up clips on YouTube – attracting almost 4.5million views. According to leading comedy website Chortle, Rhod appears at number six on its top ten comedy clips list and is the only British comedian featured.

The DVD extras were co-produced and directed by Zipline Creative and Sian Harries, and included additional material by Sian Harries.

In stores now or available at play.com & amazon.co.uk