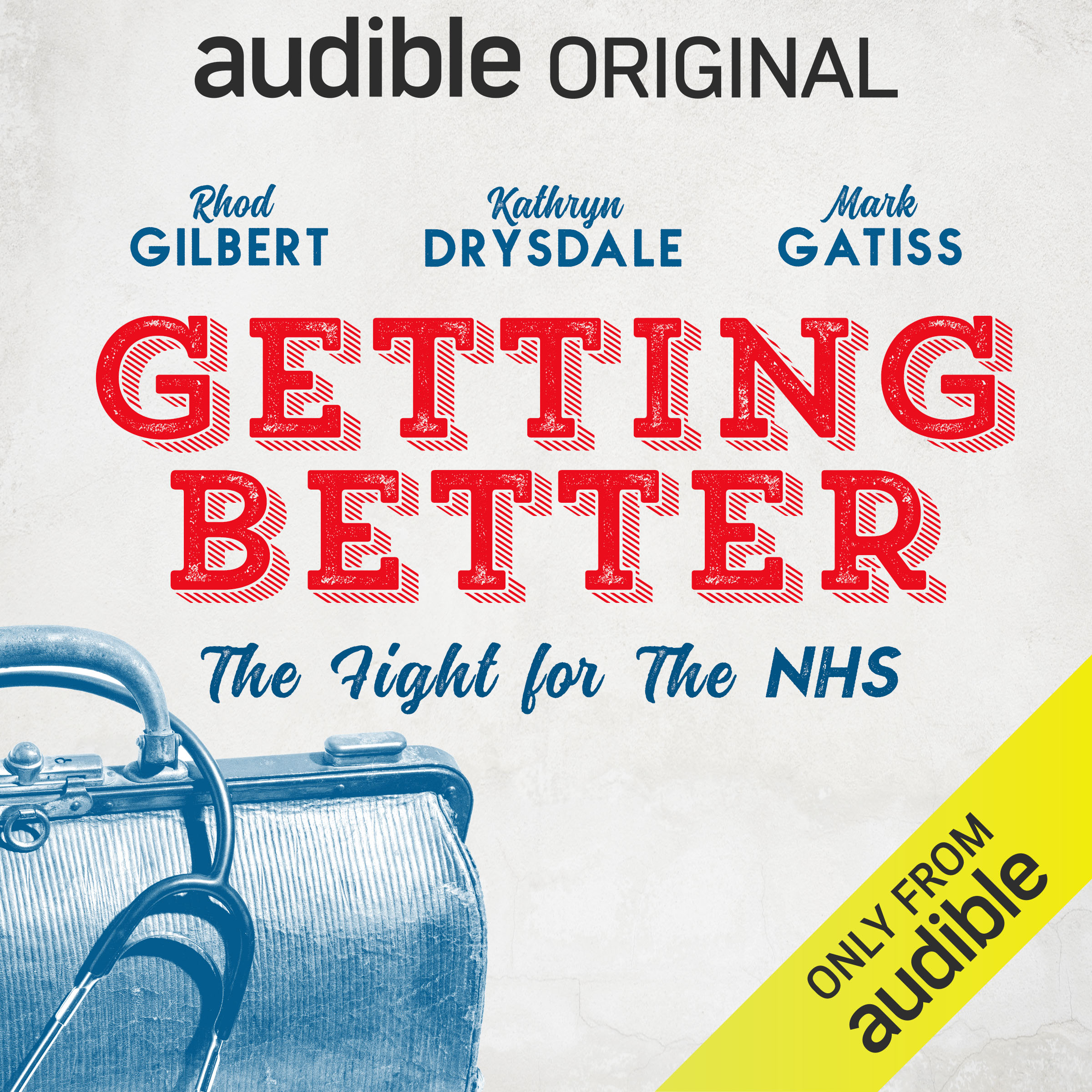 A brand new audio series launches today at Audible; “GETTING BETTER: The Fight for the NHS”.

The audible original is a a ten part drama which tells the story of Nye Bevan (played by Rhod) as he is charged with creating the world’s first national health service.

On playing Nye Bevan, Rhod says: “It is hard to put into words what it meant to be part of this production in a year in which the NHS has cemented itself as the life-blood of the nation, been awarded the George Cross for it’s seven decades of service to us all, and a year in which my own father died in it’s arms in a care home.

My dad was from Ebbw Vale (Nye Bevan’s parliamentary constituency), and like Nye, he worked down the coal mine as a young man. He quoted Nye often, and as a result I grew up in a house that coughed, spluttered and sang with Nye’s words, his integrity and his intoxicating passion.

Thank you to the “Getting Better” producers and Springboard Pictures for giving me this honour, thank you Nye Bevan and Jennie Lee, and thank you NHS”.

An Audible original – Listen to the entire series at www.audible.co.uk