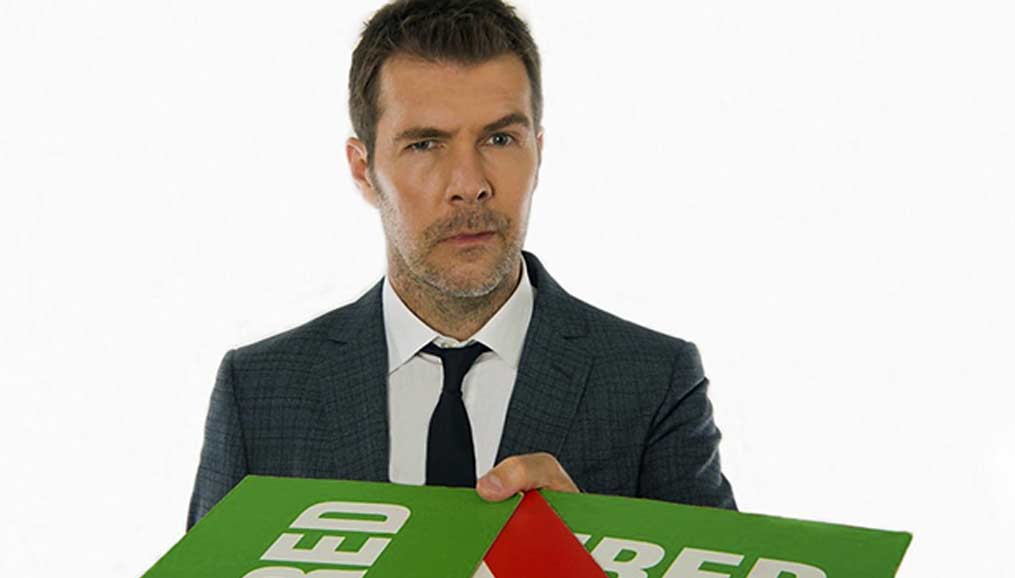 Rhod has been announced as the new host of BBC Two’s You’re Fired and You’re Hired – the companion show to The Apprentice.

The new series begins in October and Rhod will appear each week alongside a variety of business experts and celebrities to discuss the outgoing candidates’ performance. As with previous series You’re Fired will air immediately after The Apprentice on BBC Two.

On joining the series Rhod commented: “As a massive fan of The Apprentice, I can’t wait to start hosting You’re Fired. As someone who has been fired from 24 jobs in six series of my BBC Work Experience show I feel I have what it takes to empathise with the candidates who’ve been so cruelly rejected, and provide a shoulder for them to cry on.”