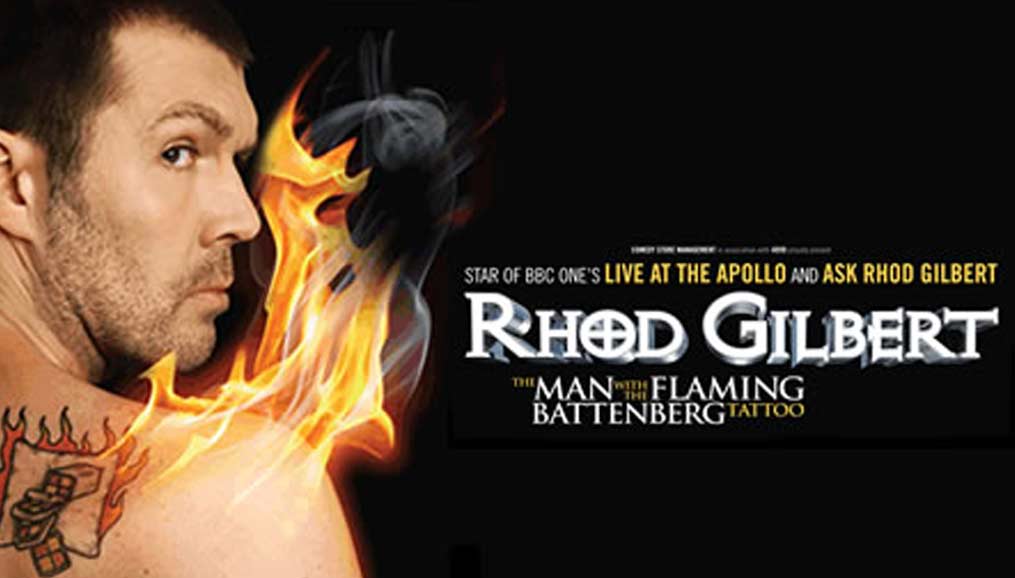 TOUR DATES: THE MAN WITH THE FLAMING BATTENBERG TATTOO

We are delighted to announce that Rhod will be embarking on a full nationwide tour in 2012 with a brand new live show.

Dates and venues can be found on the LIVE page.  Tickets go onsale on Monday 5th December 2011.  This is the first leg of the new tour and we will be adding more dates (including Scotland and Ireland) later in the year. Watch this space for updates.

Rhod’s stand-up rants on life’s minor irritations are legendary, but this year, he’s a more mellow fellow altogether. He’s now so laid-back he even let someone tattoo a Battenberg on him. Will the new, chilled-out Rhod get his girl and live happily ever after, or will it be microwaved baked potato for one again? Could it be the Mr Angry of comedy as you’ve never seen him before?