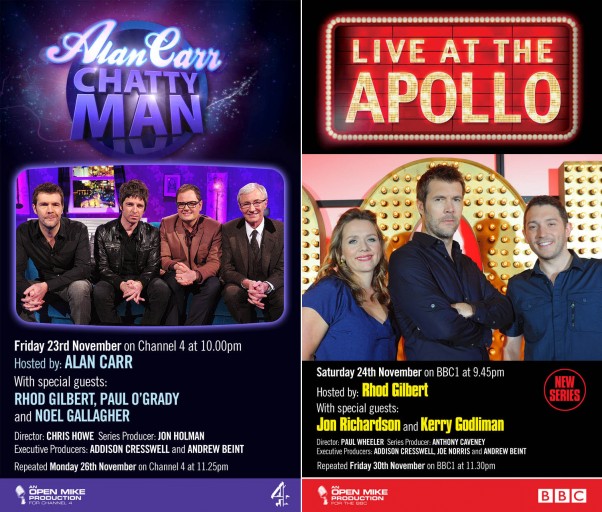 Rhod recently also hosted an episode on the new series of Live At The Apollo.  Rhod’s guests on the show were Kerry Godliman and Jon Richardson.  The show first aired on BBC 1 at 9.45pm on Saturday 24th November but is available to view on iplayer: http://www.bbc.co.uk/programmes/b008cnxn