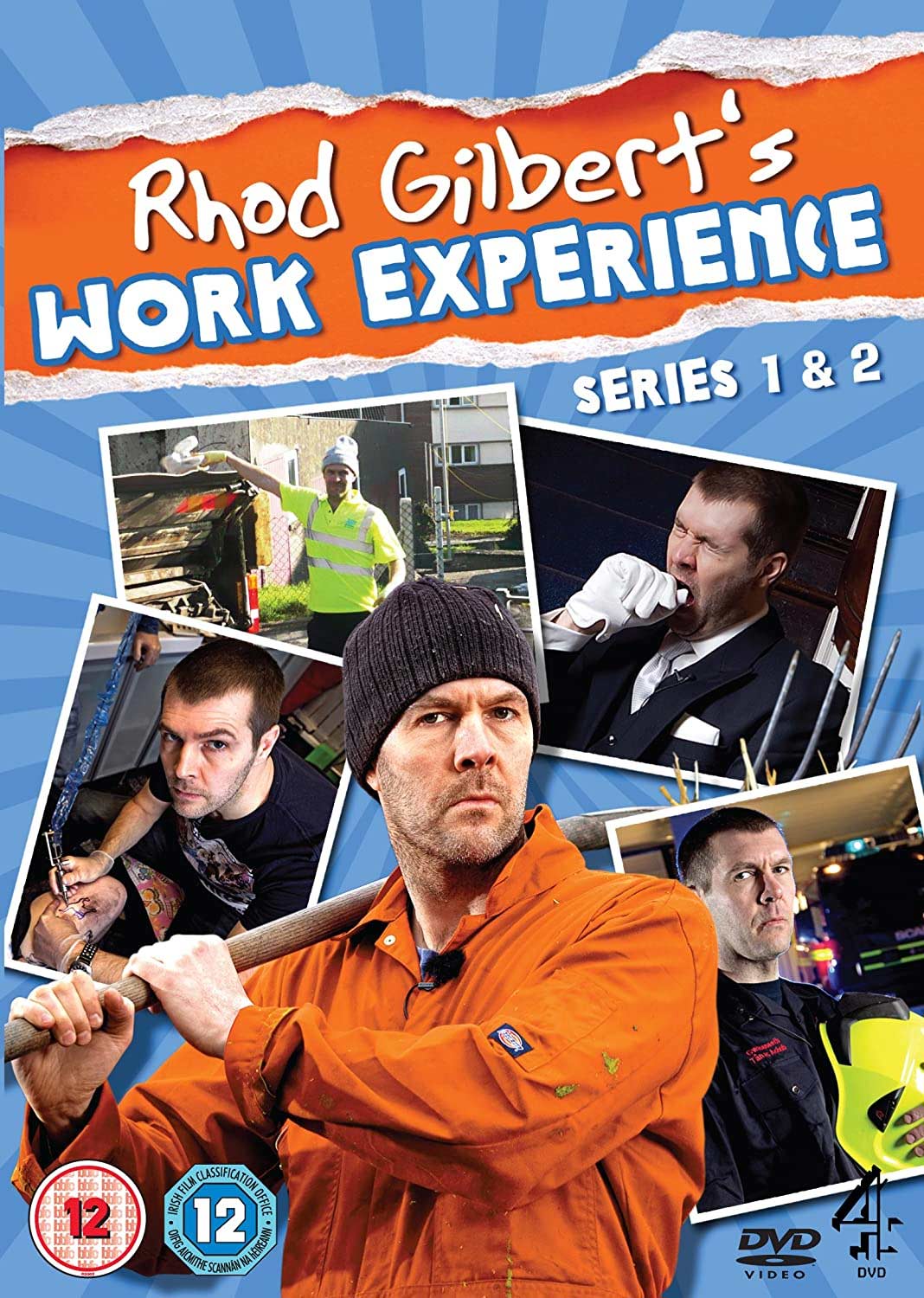 Rhod Gilbert’s Work Experience Series 1 & 2 is available to own from Monday 21st May.

Join Rhod as he gets spattered in bin juice collecting refuse on the streets of South Wales, permanently scars some poor souls as a tattoo artist, tries to avoid emergency calls with a fire brigade, and becomes an unwilling temporary mother to seven children.  Rhod takes on 4 different occupations in each series of this award-winning show, to see if he can hack it in the real world.